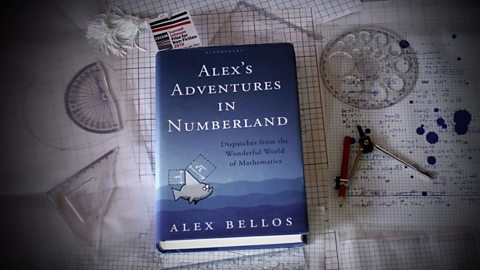 I think, therefore I am.

Hidden knowledge around us

If I have seen further than others, it is by standing upon the shoulders of giants.
- Isaac Newton 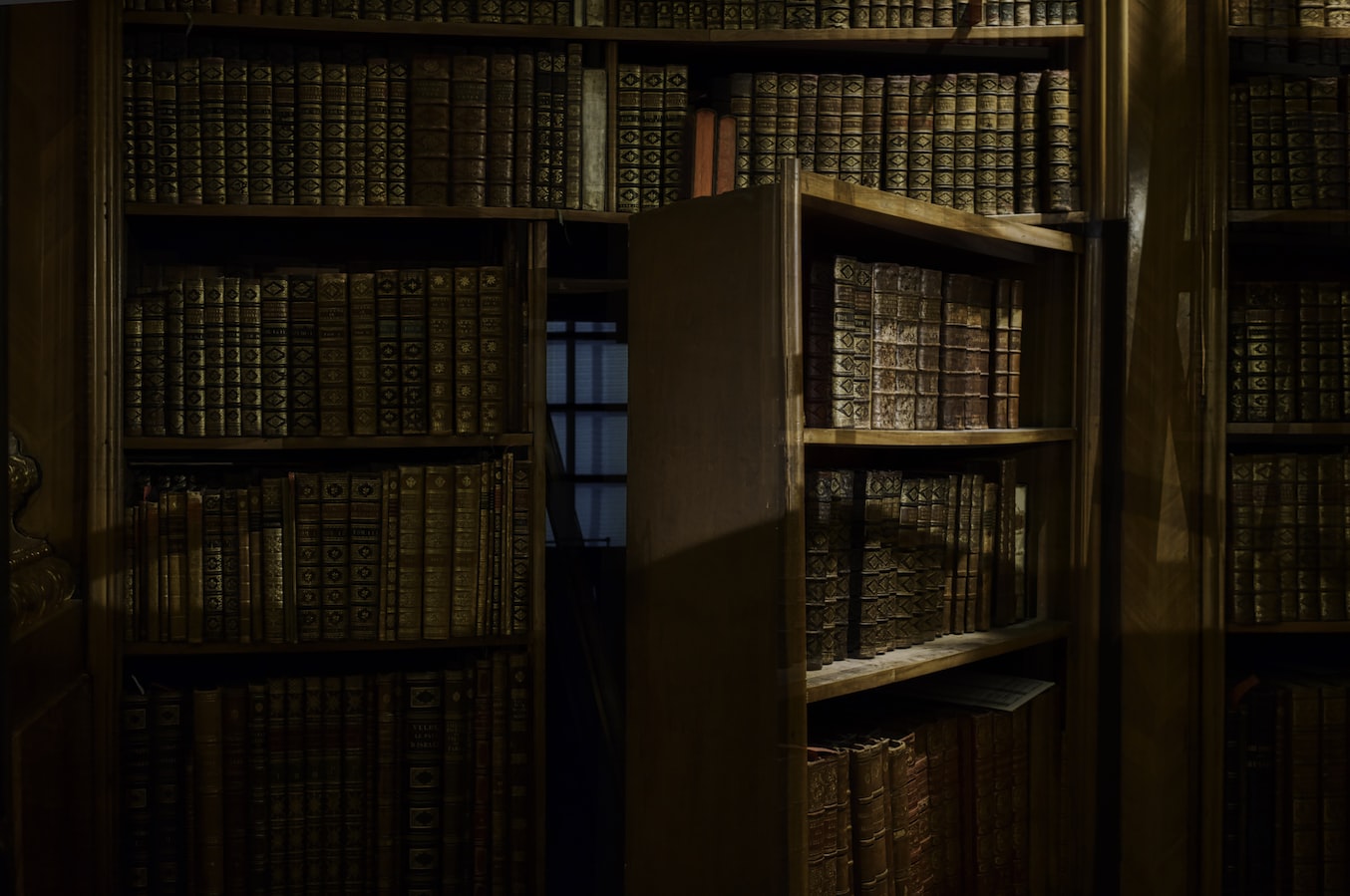 Do you know why barbershops display the poles with red and white stripes? Because “in medieval Spain, barbershops displayed signs saying Algebrista y Sangrador. The phrase means ‘bonesetter and bloodletter,’ two trades that used to be part of a barber’s repertoire. (This is why a barber’s pole has red and white stripes – the red symbolizes blood, and the white symbolizes the bandage.)” (p.180). This book is about the stories behind the Mathematics we know. From the golden ratio to ambigrams to Rubik’s cube to mosaic to gambling to algorithm, Alex’s adventure touches a wide range of subjects that we find interesting. For a mathematical adventure, his journey seems to be way more exciting than what is expected of it. Of course, this book contains so many interesting facts that I would like to mention all of them, but I shall compose myself and present you with a few examples that you may appreciate. After all, this piece of writing is for you to taste this book a bit before you decide to read it.

What is the definition of “algorithm?” As I am a computer science student, I would say it is a pre-coded program saying what a computer should do when it is faced with certain tasks. For example, if there is a detected signal from a light sensor, let the light bulb shine its red light. My definition is somewhat correct as it is the way we understand the word algorithm nowadays. Interestingly, the word’s inception has nothing to do with computers or mathematics. The story of the work algorithm goes like this: “… when Al-Khwarizmi's book was translated into Latin, the al-jabr in the title became algebra. Al-Khwarizmi's algebra book, together with another one he wrote on the Indian decimal system, became so widespread in Europe that his name was immortalized as a scientific term: Al-Khwarizmi became Alchoarismi, Algorismi and eventually, algorithm.”(p.180). Yes, Algebra is a mere Latin translation of al-jabr, and Algorithm came from a guy who wrote a book about al-jabr. Perhaps, this story of how the word algorithm came to our dictionary may not be so interesting for you. I understand you may be one of those young brutes who do not love to hear about old stories. Then here is a bit newer story where Fermat encouraged modern-day mathematicians to push the wheelhouse of the mathematics a little bit farther. “Pierre de Fermat wrote in his Arithmetica that for any number n greater than 2, there were no possible values a, b, and c that satisfied the equation a^n+b^n=c^n. ‘I have a truly marvelous demonstration of this proposition which this margin is too narrow to contain,’ he wrote… In any case, his cheeky sentence was fantastic bait to generations of mathematicians. The proposition became known as Fermat’s Last Theorem and was the most famous unresolved problem in Mathematics until the Briton Andrew Wiles cracked it in 1995.” (p.185). It’s a funny story where Fermat’s cheeky remark had provided us with more to work on. Nonetheless, I do not believe that Fermat had the right proof of what he had discovered when he first made that remark. If he had, I am sure he would have boasted about his discovery on one of his journals to a full extent. Whether he truly did figure it our or not, now we have a solution to Fermat’s Last Theorem.

Of course, I can go on and on about interesting maths stories, but this book contains much more than just the stories of mathematicians. Let’s look at the “amicable numbers.” The factors of the number 220, for example, are 1, 2, 4, 5, 10, 11, 20, 22, 44, 55, 110. If you add them all, it is 284. Then, let’s factor number 284. Its factors are 1, 2, 4, 71, 142. If you add them all, once again, it turns out to be 220. “The Pythagoreans saw 220 and 284 as symbols of friendship… They are called ‘amicable numbers.’” Isn’t that fantastic? Since the Pythagoreans found a set of such numbers, we’ve found many other numbers that symbolize such ‘friendships.’ I don’t know about you, but I had a mind-boggling moment with this revelation when I first read about this. The author of this book presents ample examples of this kind of number patterns throughout the book. So, let me show you one more example of this number trickery. Henry Ernest Dudeney is not one of the famous mathematicians. Nonetheless, his ingenuity helped us see mathematics a bit differently. For example, he is the inventor of “The Haberdasher’s puzzle.” The four pieces of his puzzle are linked by their hinges and it can transform its shape from a triangle to a rectangle just by rotating the pieces around its hinges. As Dudeney had put a lot of time thinking about moving geometric shapes, he also thought of a way to “convert a square into a pentagon in six pieces” – which is the smallest number required to convert a square into a pentagon. Dudeney’s discovery does not stop there. He has thought of a very interesting way to look at numbers that are the cubes of smaller numbers. For example, 512 = 8^3. When you add individual numbers that consist of 512, it is equal to 8 – 5+1+2 = 8. You may not be convinced by only one example, can you? The number 4913 satisfy such a condition. 4913 is equal to 17^3, and when you add 4, 9, 1, 3, it is 17. What about the number 5832. It is equal to 18^3, and when you add 5, 8, 3, 2, it is 18. (Additionally, 17576 = 26^3, and 1+7+5+7+6 = 26. 19683 = 27^3, and 1+9+6+8+3 = 27.) Of course, many more numbers in the same condition satisfy such correlation. Looking at those patterns I discussed here, I grew keener and keener on finding more patterns in this vast universe. For some reason, numbers make sense in different ways every time we look into it from different angles. I believe that there are so many hidden bits of knowledge out there in the wild, and we ought to find more about them as our civilization grows older and older. Hopefully, I would be part of more discoveries ahead. On that note, I will talk more about patterns in our nature in the next paragraph. 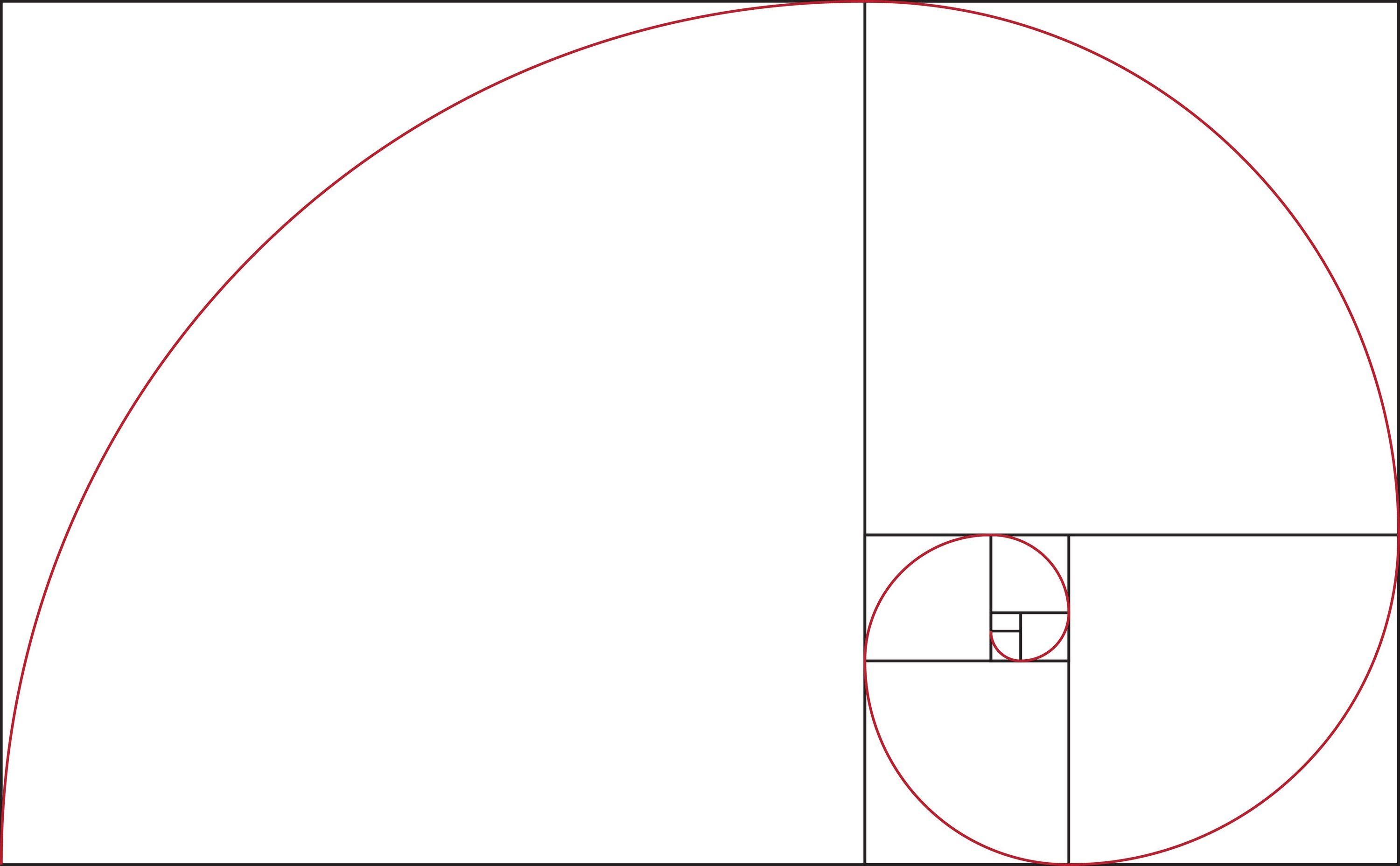 The author devotes one of these chapters on the golden ratio. He states his enthusiasm on such a topic in these words: “I find it a totally enthralling mathematical phenomenon.” I totally understand his fascination toward such a ratio in nature. For your benefit, let me narrate a part of what the author wrote about the golden ratio. First of all, the Fibonacci sequence is an algorithm of adding two consecutive numbers. As the sequence continues to a larger and larger number, the ratio between two consecutive numbers converges to Phi, which is 1:1.618 – the golden ratio. And the number of flower petals and its angles are related to phi. “The flowers may not always have these numbers of petals, but the average number of petals will be a Fibonacci number. For example, there are usually three leaves on a stem of a clover, a Fibonacci number. Only seldom do clovers have four leaves, which is why we consider them special. Four-leaf clovers are rare because 4 is not a Fibonacci number.” (p.286). “The angle 137.5 degrees is known as the golden angle. It is the angle we get when we divide the full rotation of a circle according to the golden ratio. In other words, when we divide 360 degrees into two angles such that the ratio of the larger angle to the smaller angle is phi, or 1.618. The two angles are 222.5 degrees and 137.5 degrees to one decimal point. The smaller one is known as the golden angle.” (p.296). And according to the author, the leaves of a plant follow such a pattern that fits 137.5 degrees because to get the most sunshine from the sun while not overlapping with upper leaves, it is most efficient to use the golden angle. It seems that naturally to get more sunshine, leaves had been formed in a way that is the most efficient for photosynthesis. It is marvelous that even the plants follow a mathematical pattern. Of course, precisely, plants were doing its best for itself and it coincided with a mathematical pattern as it represents efficiency. It is just marvelous that things are the way they are for a reason. Unfortunately, there are things not naturally made for a reason, and one is gambling. 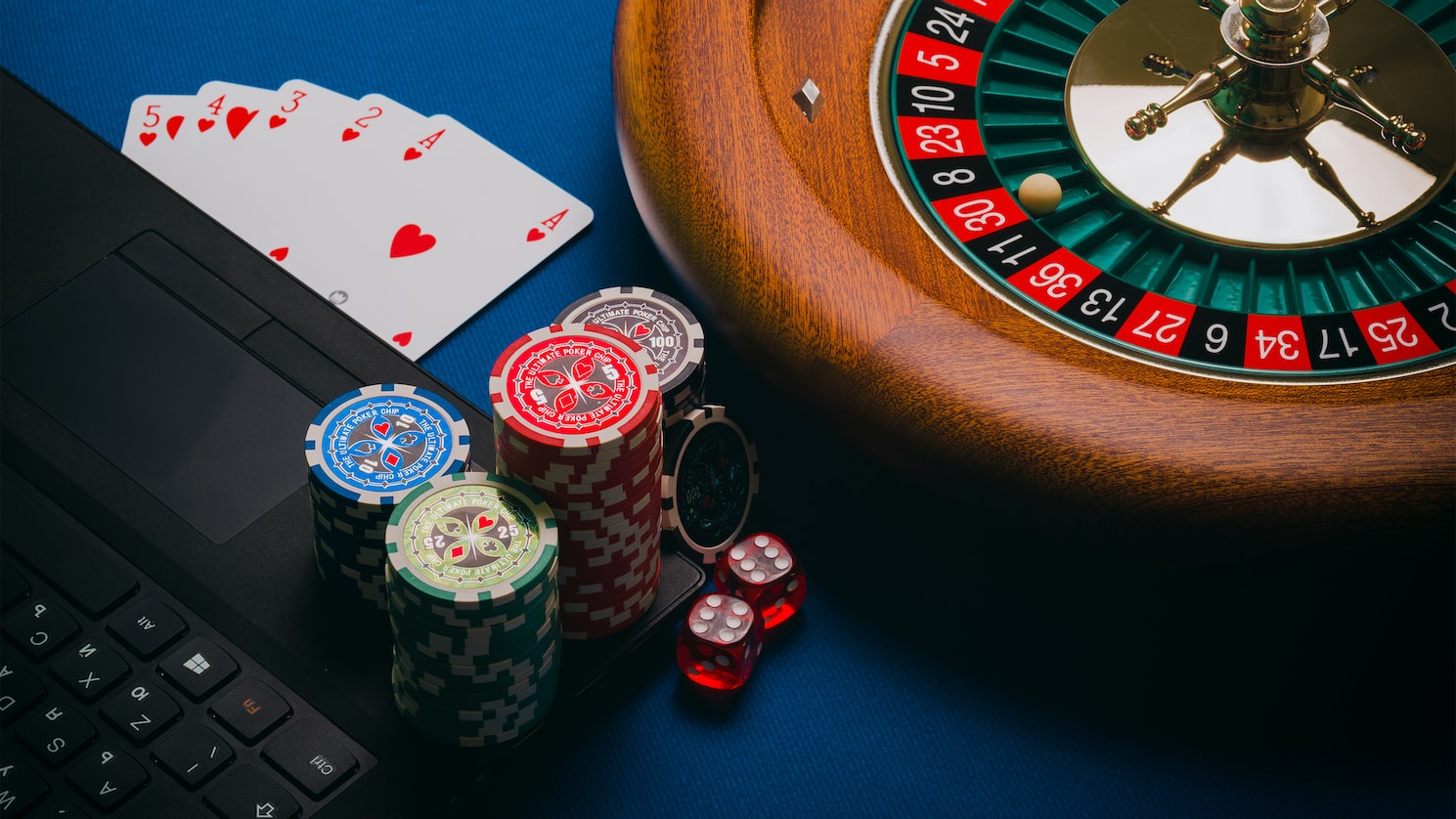 Casinos are everywhere in anywhere on earth. Since native Americans were roaming free in America, there were gambling in America. Perhaps, that is the reason why there are so many casinos in America. The author had noticed that too and devoted another chapter on gambling, more precisely, probability. Thinking of beating the odds in gambling started probability theories. French roulette made many fervent gamblers to write about the chance of winning, and some of them were mathematicians like Cardano. He wrote the first book on probability which was way ahead of time back in the sixteenth century. Based on the notion of probability, now we can mathematically predict the weather, stock market, and the chance of almost everything. Thinking of something that hadn’t happened already shifted our paradigm thanks to many gamblers who put many thoughts to the chance of winning. As far as I know, there is one guy who did not lose any money gambling away his fortune. A guy named Edward Thorp first invented his methods to beat the game. His mathematical ingenuity enabled him to win money in casinos and lotteries. He is indeed the living legend of the gambling world. Thankfully for us, he did not stop there. He went on to conquer the financial market and made a huge fortune. His story has inspired so many people. Here is what the author wrote about him: “A generation of mathematicians inspired by Thorp’s book began to create models of the financial markets and apply betting strategies to them. Two of them, Fisher Black and Myron Scholes, created the Black-Scholes formula indication of how to price financial derivatives – Wall Street’s most famous equation.” (p.345). Modern-day mathematicians can make money using his/her skillset in the financial market as many things are built on mathematical principles nowadays. 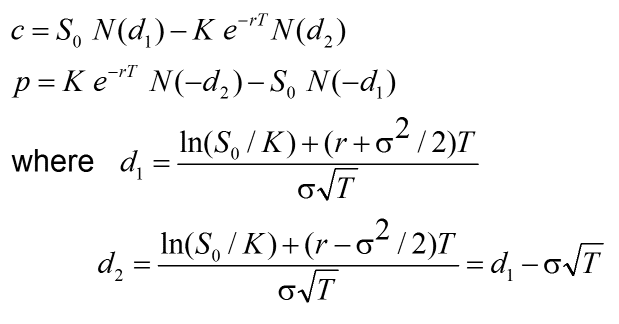 Thus far, I’ve touched most of what the author wrote about in this book: Alex’s Adventures in Numberland. If you liked what I had to say about the book so far, it’s time for you to dig it. Mathematics seems distant oftentimes from the real world, but one thing I took away from the book is that Mathematics is at the heart of the real world if we try enough to look into it.